E.DSO Position on the Fit for 55: Energy Efficiency, Renewable Energy and Alternative Fuels Infrastructure 16-12-2021
Go back

E.DSO, as the trusted voice of the leading European DSO industry and the representative of more than 350 million connected customers, welcomes the Fit for 55 Package as an instrument to equip the EU’s economy for climate neutrality.

We appreciate that DSOs have been recognised in the FF55 package as important actors in the energy transition responsible for the integration of renewables and the management of an integrated energy system with increasing electrification and customers at its core. Nevertheless, we consider the FF55 package must recognise a more relevant role of DSOs within the new regulatory environment to facilitate the energy transition and to contribute to the EU’s climate objectives.

Importance of Fit for 55 Package for DSOs

The EED proposes a new perspective for the energy efficiency of distribution networks and sets a structure for the deployment of energy-efficient solutions at both grid and customer levels.

The REDII improves the framework for the integration of renewable energy sources and the creation of an integrated and decentralised energy system at the distribution level.

AFIR sets mandatory targets for the deployment of infrastructure for an electric vehicle (EV) fleet which will be primarily connected to distribution networks.

The above texts provide a central role for DSOs which will be tasked with managing a local energy system which relies on energy-efficient grids and services, integrates renewables and flexible services and balances intermittent generation with increasing electrification of sectors (e.g. transport and buildings).

We consider that FF55 must enable DSOs to become at the forefront of the energy transition and give them a robust regulatory environment to efficiently operate their networks and perform their duties in line with the goal of climate neutrality. 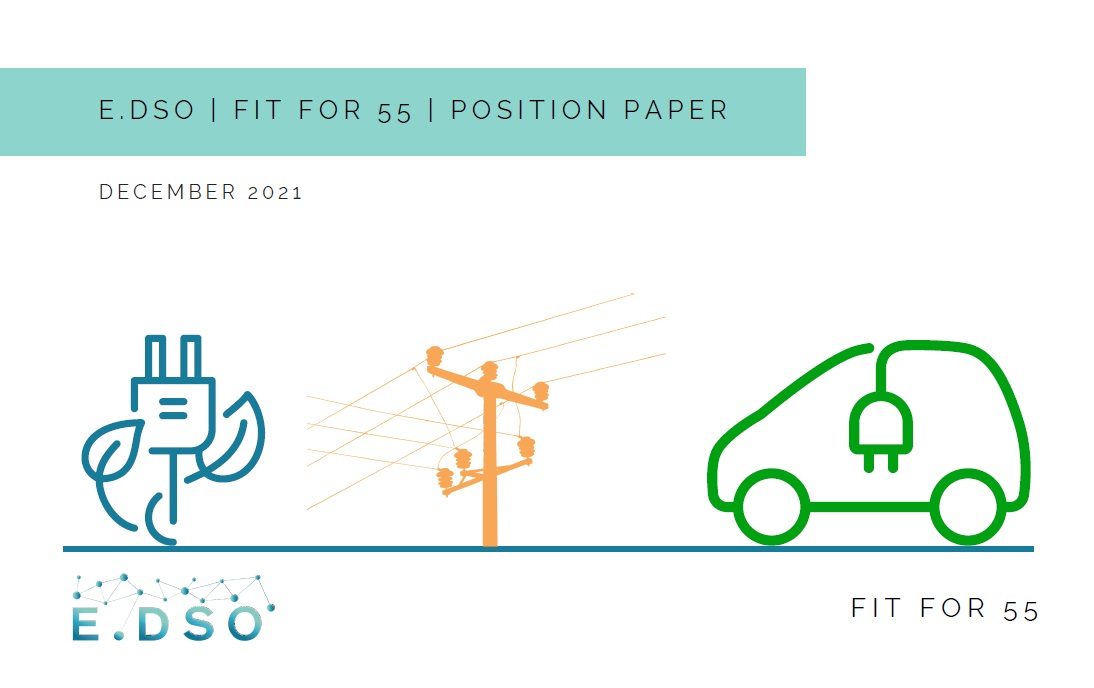